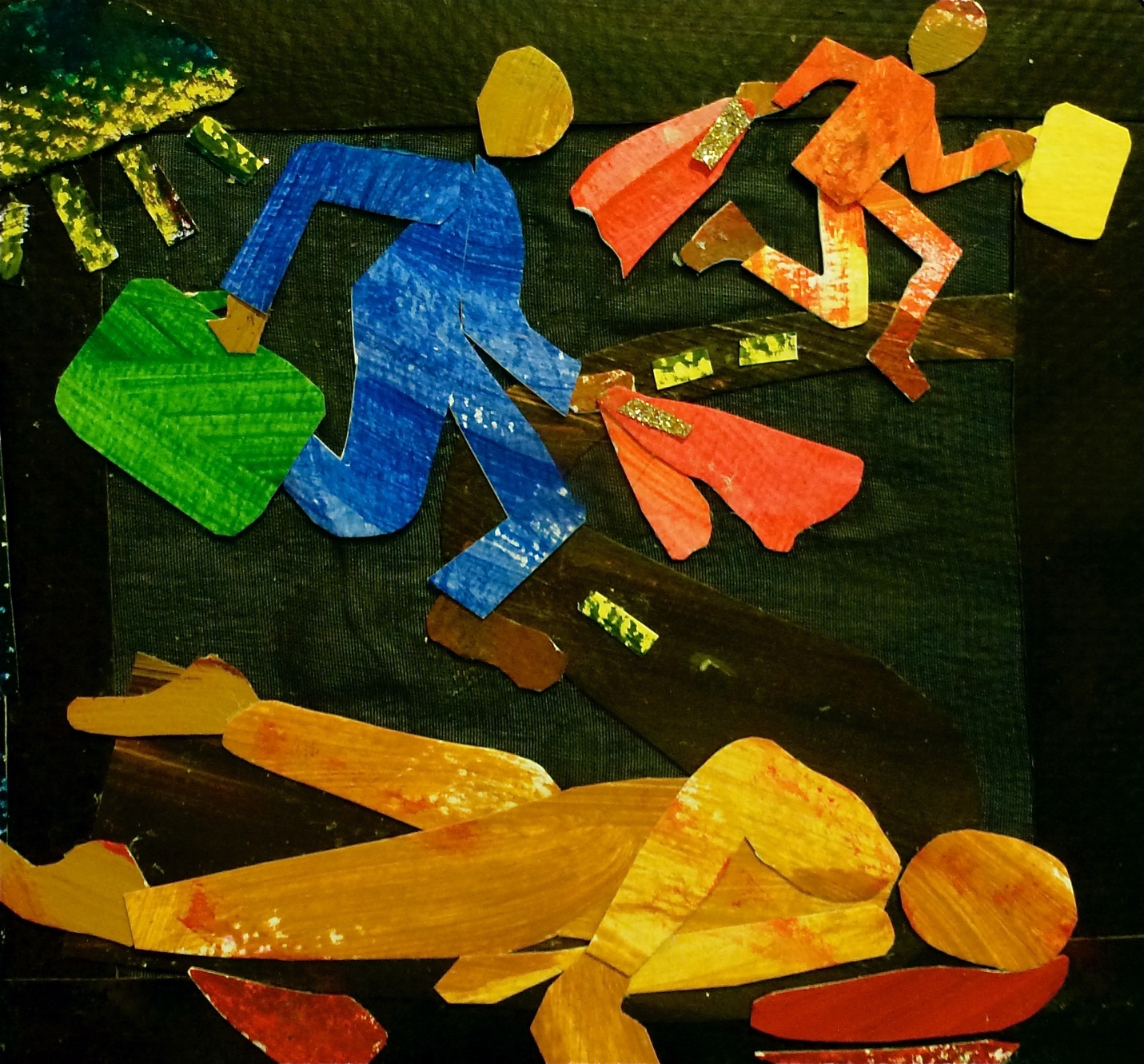 Yesterday, my pastor taught on the story of the Good Samaritan, so I pulled out my collaged cards to look over how I had visualized the story back when I had made them in Nicaragua.

While on the road to the cross, suffering and death, Jesus was “put to a test” by a passing, questioning lawyer of the Jewish law. I’ve been listening to the Gospel of John recently, and it has struck me, fairly clearly, that the teachers and lawyers of the Jewish law, the priests, were really jealous of Jesus. That is why they wanted to kill him. (Food for thought for all of us.) So, this lawyer’s motives were less than pure. The lawyer’s question? “How do I inherit eternal life?”

Whoever asks the questions in a conversation is the one directing a conversation. Jesus took command of the conversation by asking the expert in the law, “What is written in the law? How do you read it?” The lawyer got the right answer by saying, “Love the Lord your God with all your heart, soul, mind and strength, and love your neighbor as yourself.” Jesus told him he had answered well. I love how Jesus took charge of the whole conversation and applauded the expert for knowing the right answer. However, we’re not done.

The lawyer wanted to feel right about himself, justify himself, so he asked Jesus, “Who is my neighbor?” He may have wanted some neat and tidy set of parameters for the bit about “…love your neighbor as yourself.” Did he want a law about who his neighbors were so he could try to keep it? Jesus decided to try a different tack because he loved this lawyer. He told a story. It is a story of a man heading toward a city of destruction, beat up by robbers, left for dead and in need of a rescuer who will extend mercy, compassion and help. Jesus is talking about the lawyer, and all of us, really.

“But the expert in the law wanted to justify himself, so he asked Jesus, “And who is my neighbor?” In reply Jesus said: “A man was going down from Jerusalem to Jericho, when he was attacked by robbers. They stripped him of his clothes, beat him and went away, leaving him half dead.” Luke 10:29-30