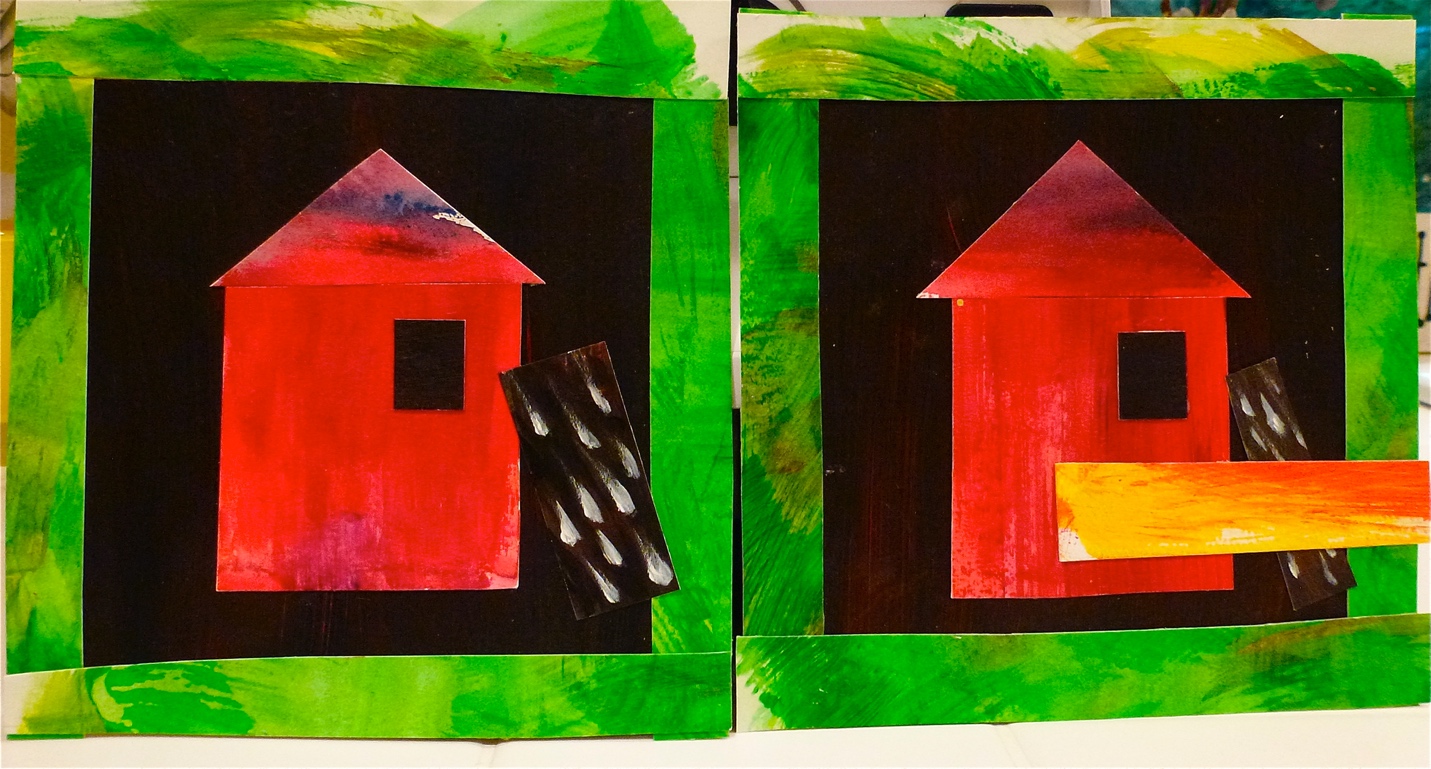 Chronic Cancer and Another Woman

I’ve been fighting cancer for eleven months. Stage four, make out your living will, any other wills you want, clean out the garage and closets, cancer. Every night, I check to see how the tumor did during the day – bigger? Smaller? Every morning, I check, more hopefully because the dark night is over. Well, I’m alive, I notice as I check the tumor again. My closets are still fairly clean. The garage is back to being a mess.

I’ve completed the collaged story of a woman who was sick, brutally treated by doctors, for twelve years until her miracle occured. I hate the “twelve years” part of the story. Talk about sobering, non-American, slow-paced healing. The woman is representing by a house shape throughout the story. That way, I can use the story cross-culturally.

There are many tender parts to the story, a story that really happened in history. The woman is isolated from her community, alone, marginalized, untouchable. Someone shares Jesus’ love with her. (Miracle) She moves out of her space of isolation. (Miracle) She finds Jesus and touches just his clothing, ever so slightly. (Miracle) She is healed of her twelve years of misery. (Miracle) He calls her “Daughter.” (You get it, Miracle.) She is restored to her community. (Incredible, miraculous restoration)

All work below is original, painted papers, collage by Marcia Carole.

In this final set of cards, in the first frame, Jesus is heading to Jairus’ house to see about healing the important man’s daughter. Jesus was headed there when He was, “interrupted” by another daughter. The father is sorrowful, as he has been told his daughter is dead, at this point. Thus, the slight gray in the sky. The last frame has the blue sky returning as the woman who was sick for 12 years in restored to her community. Jesus does raise Jairus’ daughter from the dead. (Miracle.) I’m touching the edges of His clothing this morning, through prayer and making the art.