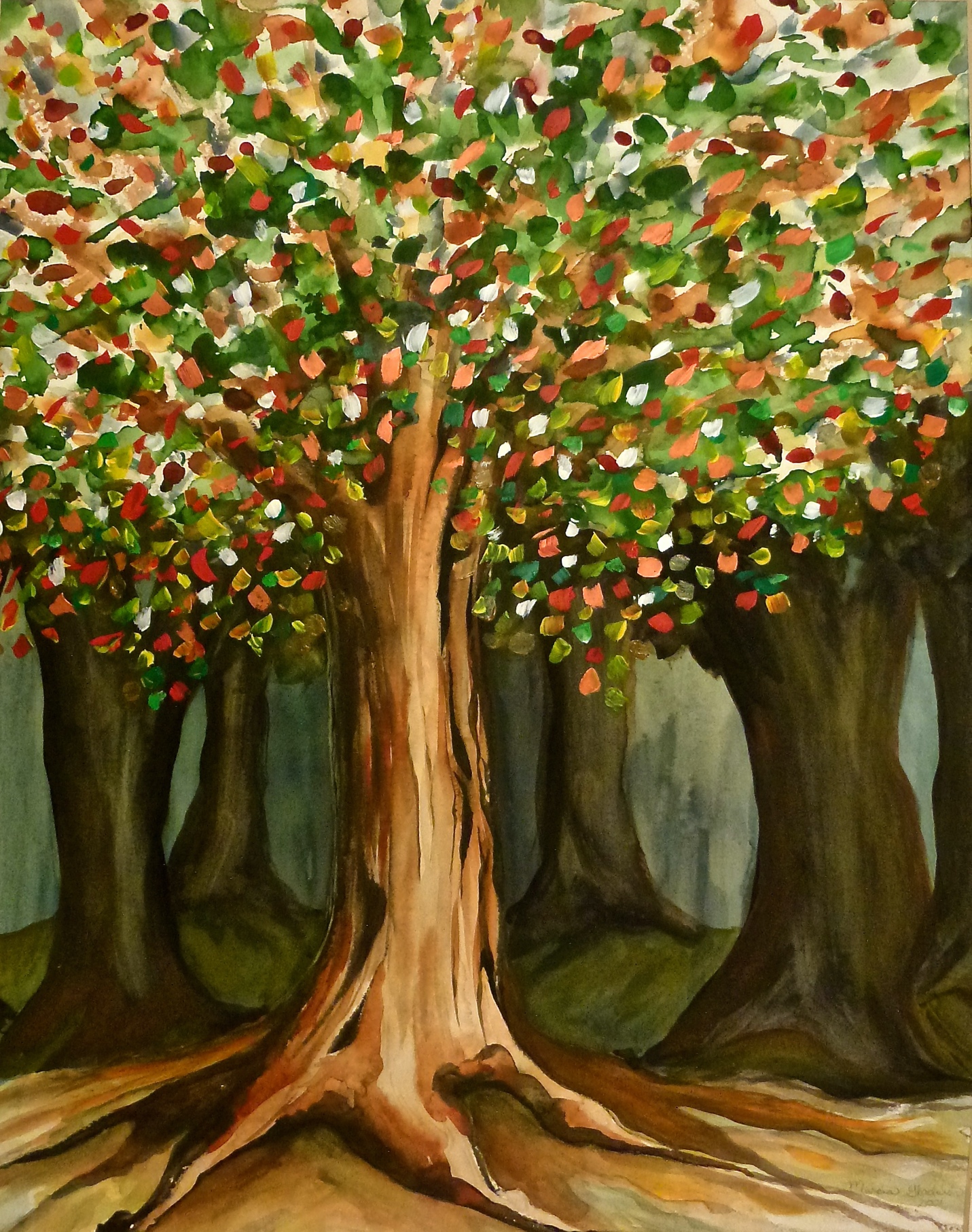 Two handfuls of years ago, I painted this painting in response to a sermon. It was a really novel idea to paint in response to scripture/preaching then, and I remember telling the pastor’s wife what I had done. She was totally taken aback. What an unheard of idea back then. She had no place to put it in her thinking, and, frankly, I didn’t have much of a reason, intellectually, as to why I did it. I just HAD to do it. (I must have been moved by the Holy Spirit, even back then.) Making art for, and in, the church was such an odd idea for me, and everybody I knew, 10 years ago. We could have banners and textile type objects, but no other medium. So much has changed!

The gist of the sermon, back then, was about having our roots deep in the words of the Bible and the teaching of Jesus – for then, we will bear much fruit. I hung it in the house for a time; then it found its way into a section, in the garage, of frames, blank canvases, and unfinished paintings.

But, here we are. I have brought it out again, and I plan on giving it to a friend who has been generous and kind to me. She says she likes trees. Everything in its time.

“having the roots of your being firmly planted in Him, and continually building yourselves up in Him, and always being increasingly confirmed in the faith as you were taught it, and abounding in it with thanksgiving.” Colossians 2:7