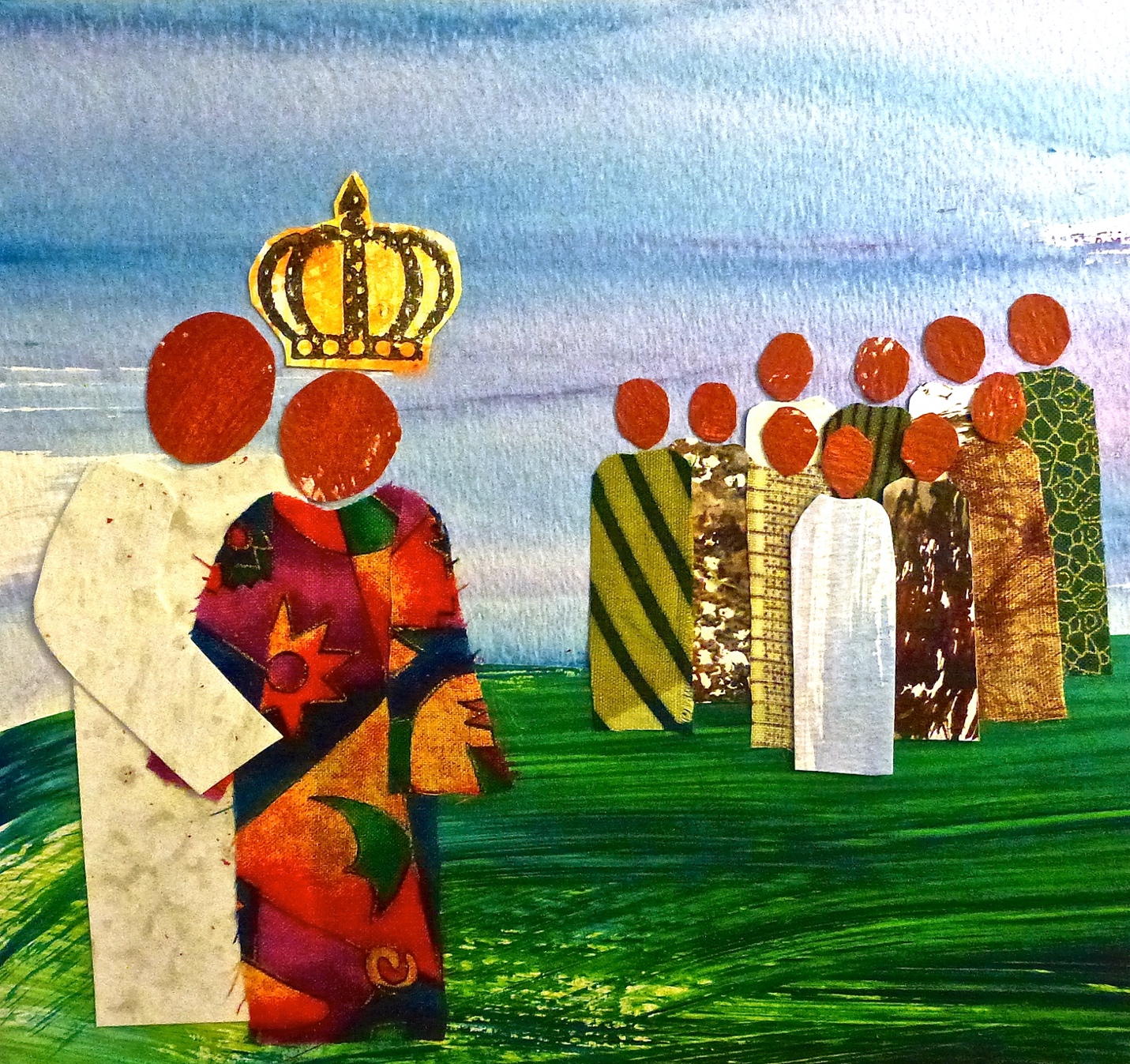 Storying The Bible Through Collage – Joseph

I’ll be tucking this new collaged book into my suitcase for India. I’ll be telling the story of Joseph. Telling Bible stories by using art in a book format or “flash cards” format has been a very portable way to bring these stories to faraway places, crossing language and cultural barriers. Here, I am showing Jacob with an inappropriate love for the son of his wife, Rachel, who has died. Jacob’s adoration of Joseph causes hatred and jealousy among his brothers.

Joseph, the very much favored son of Jacob, had 2 important dreams that became, eventually, reality. He went on a long journey of self-discovery and character formation before they did come to fuition.

In the second dream, Joseph proudly realizes his entire family will bow down to him. (When this dream became reality, Joseph was a humbled man.)

Arrogant Joseph comes to check on his brothers in Dothan. They are filled with hatred towards him.

The journey deepens, literally and figuratively, as Joseph is thrown into a cistern by his brothers. They strip him of his special coat, leaving him to die.  This is one broken family. To be continued…..