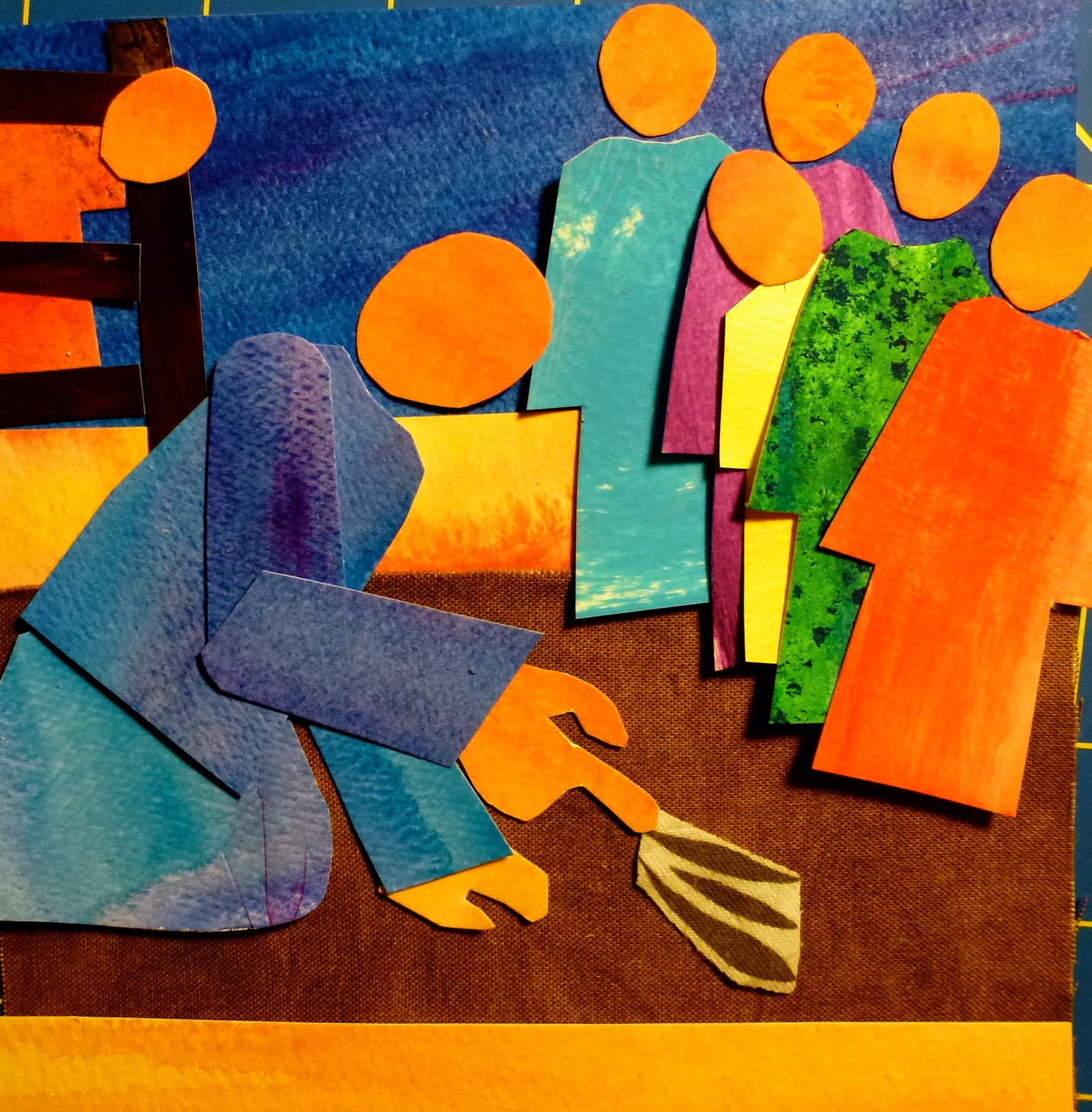 Words. We all have both good and bad experiences with words. Yesterday, a new friend used the word, “Terminal,” with me as we discussed my cancer. She was being kind and trying to be careful.  However, it stung my heart, as I tried to take it in. I haven’t entertained that word much during this journey. Back in my chemo December, early on, I closed one book quickly, after seeing it was all about getting one’s affairs in order. Terminal. It’s a truthful word for me, in that my days may very well be fewer than yours, fewer than most.

Speaking of Jesus, I have prepared the third page of my current collaged book. The Pharisees have set a trap for Jesus using the woman and their interpretation of the laws. Jesus stoops over and starts writing in the dust. He doesn’t speak. They keep pressing Him, annoyingly questioning Him. Then, He gives a sermon with one sentence; “He who is without sin, cast the first stone.”

Thinking back to the new friend who mentioned the word, Terminal, I know I have said cruel things, careless things, sometimes actually meaning well, sometimes not. Jesus reminds me, I really have no right to throw a stone at her. We are all kindred spirits in our “sin” or wrong actions. We need someone who will love us enough to rescue us from ourselves – and extend mercy instead of judgement. Jesus gives mercy to both the legalist Pharisees and the woman, and helps the legalists to see they are wrong-doers just like the woman. Worthy of being stoned to death. No better. I think He caught their hearts and helped them drop their rocks.

But Jesus bent down and started to write on the ground with his finger. When they kept on questioning him, he straightened up and said to them, “Let any one of you who is without sin be the first to throw a stone at her.” Again he stooped down and wrote on the ground. John 8:1-11