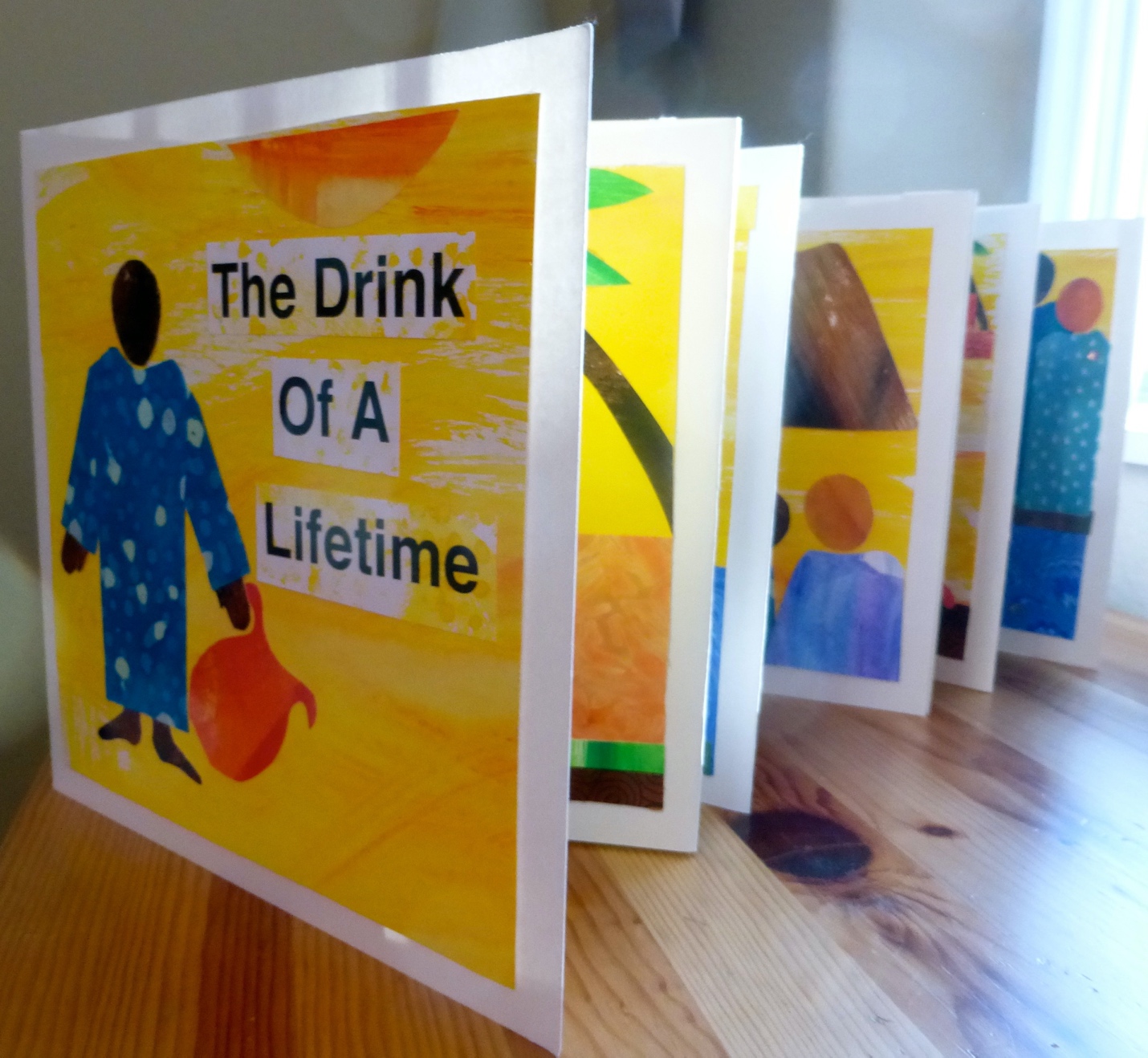 The Drink Of A Lifetime

Completed book: the story of the Samaritan woman who encountered Jesus at a well.

The disciples return to Jesus, and, shockingly, find Him with this marginalized, immoral woman.

The Samaritan woman runs back to her community to tell about her amazing encounter with Jesus.

The central part of the story where the Samaritan woman and Jesus have a discussion about worship of God. Where will it be? Jesus announces it will be in spirit and in truth – in one’s heart.

“The second great movement in this narrative begins with the return of the disciples. Their response to seeing Jesus in conversation with a Samaritan woman expressed objection equal hers when Jesus first spoke to her. Their astonishment is presumably provoked, as hers was, both by the fact that she is a Samaritan and that Jesus is speaking in public with a woman. In fact, the first part of both her conversation with Jesus and the disciples’ conversation are strikingly parallel. The disciples do not voice their objections aloud to Jesus; they confine them to inside their own heads. But the narrator voices their unspoken thoughts to the audience, and the tone of the storyteller’s voice should express hostility, this time from their side.

It is as when a lover brings home his new love for family approval and is met with rejection instead. In the second half of the story Jesus seeks to overcome hostility from the Judean side of the equation. The result is left unarticulated, yielding a story similar to Luke’s parable of the Prodigal. There, too, the story is in two major halves. In the first the father receives back the younger and wayward son; in the second the father seeks to persuade his obedient older son to receive his brother back. The story ends without telling us how the older son responded to his father’s plea.”
– Adam Gilbert Bartholomew